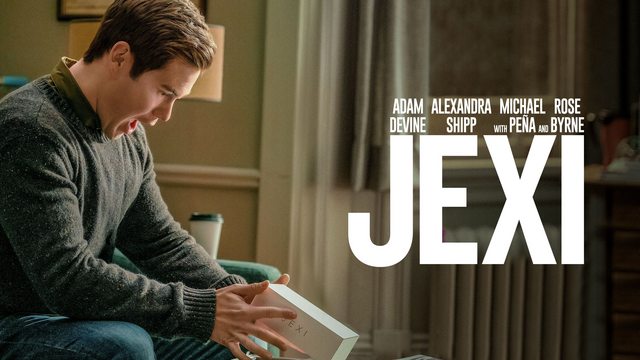 What make a smatphone too smart and a better partner in life than a human? What if your mobile gets jealous and call your crush randomly at night?

Well, this will not be my favourite comedy of 2020, I came across the other day. To be honest its a very B level piece of art with simple and vulgar humour. It has it’s romantic storyline, too and of course a big happy end. And we’ve been quarantained much too long to laugh on how much dependent we are on technology. I laughed mostly from pain, not from joy.

https://www.officespace.hu/2020/09/delete-all-your-social-media-account-right-now/Still, this movie Jexi (what a stupid name by the way) has a message. For first sight, it looks like a meshup to me: the recent documentary The Social Dilemma was dramatized and married with Sandra Bullock’s 1995 movie The Net where a lonely programmer is loosing her (offline) identity due to a secret conspiracy. On top it reminded me another B-comedy riff on Spike Jonze’s “Her,”. The movie in which Joaquin Phoenix’s painfully shy character falls in love with an operating system. “Jexi” even sticks to that movie’s one-word title. However, instead of jumping to a story in the near future, “Jexi” is very much a part of our present-day. Leaning on meme-able language that already feels a little behind-the-times.

While in Jexi, as the storyline is not really clear. All the bad things happening with our hero, Phil (Adam Devine) just because the mobile’s operation system becomes a bad bitch. For whatever reason, we’ll never know.

Read the terms and conditions, before you agree them!

You can save a bunch of shit coming after. Just look what happened to Kyle Broflovski, who did not read the Terms and Conditions when agreeing to download the latest iTunes update, pursued by shadowy agents from Apple Inc., who wish to perform a number of intrusive acts upon him, informing him that he agreed to them when he downloaded the update, but the Apple agents taser his father, kidnap Kyle, and throw him in a cage with a Japanese man and a young woman who also failed to read the fine print of their purchased updates, then more bad things happening…..

Phil just agreed on the first switch-on, so the mobile’ AI had access to all the credentials. Yes, inlcuding his social media and bank accounts (NEVER use the same credentials for different apps, guys!!)

The audience is not really clear on why Jexi fell only particulary for Phil and not anybody else. The film might suggest that Phil is a real lonely and boring jerk spending most of his time with her phone and cannot really live without it. The scenario is translated to a romantic relationship between Phil and his mobile, trying to “make his life better” but also limiting him to a relationship with his mobile. Sick idea, but actually the makers pulled the best out of this weird plot. I -almost- laughed at the scene when Phil had enough and dumped Jexi to the trash and promised to be fine without it. And of course after 5 seconds he admitted he cannot find the way home without his gadget.

Set in San Francisco, “Jexi” can throw all the punchlines at self-driving cars, biking hipsters, taking a left on Market Street (bad idea) and after work kickball leagues. The creators have plenty of material to joke about, especially when it comes to iPhone addiction. In almost every crowd scene, several extras can be seen staring into their phones just as intently as Phil. One great cutaway shot features a trolley-full of people all staring at their phones. Their conclusion is that this addiction has also tripped up a generation’s social education. Phil is hopelessly clueless when it comes to talking with co-workers and his crush, Cate, so it’s up to his phone to fix the problem.

Jokes are rude, and the idea of a mobile talking back and resiting switch off is quite insane. Then Phil is trying to make dickpics as a ‘kind return’ to Cate’s boob pic, probably hits the rating X with me. Having “mobile sex” via plugging and unplugging the charger is also not so funny. It only gets hilarious when Jexi is distributing the dick pics of Phil all through his company. No wonder he is immediately fired. Thing tend to go south after a romantic night Jexi somehow arranges that Cate’s ex-fiancee should accidentaly meet her in town. Needless to say that Phil has no chance against the ex-boyfriend – he is handsome, tall and well-built with much more exciting life than Phil’s.

By the end of the movie Jexi founds another victim, so there will be a chance that Phil gets the girl at the end.

Morals? Never get a phone smarter than you, and spend some time disconnected.