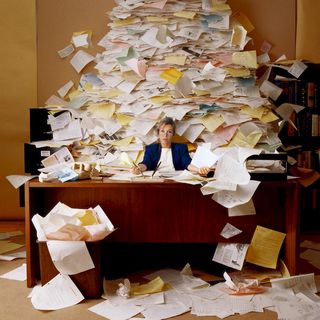 I remember long time ago I used to have multiple bosses a the same time, so know exactly the feeling Peter Gibbons had when warned to put new cover sheets on his TPS reports… Well, its bloody symbolic. A TPS report (Testing Procedure Specification) is a document used by a quality assurance group or individual, particularly in software engineering, that describes the testing procedures and the testing process. (from Wikipedia). In the case of Initech (this great  -and finctional- IT company from the 90’s working on Y2K problem in the source codes of financial software. Yes, milennials, it was a huge hype around this problem in 1999 to manage formatting and storage of calendar data for dates beginning in the year 2000. Many people believed that all IT systems would crash 1st January of 2000. Thanks to compenies like Initech, the problem has been solved, and the world was turning around since then.

Ok, back to the TPS report cover sheets! Why the hell would you need to add a cover sheet before that, and how important it could be, if bosses has nothing else to do but to check who complied that new rule?!

Reporting is obviously  important for each corporates, but in this case a minor process change has been magnified to be huge issue, when your bosses  (personally!) kindly asking you to act according to the rule. Before you made a mistake, you are two times warned to apply.

Have you ever felt this frustration? I’m sure I have.  What a great example of micromanagement of the team!